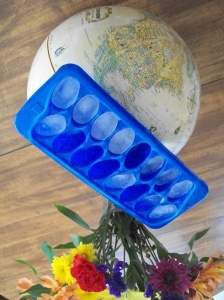 So it’s out there now that over the past 15 years, the Earth’s temperature has remained flat (that means it has NOT warmed), and between 2000 and 2010, humans have pumped about a fourth as much greenhouse gases into the atmosphere as they have since 1750.

Astronomical increases in the activities of man that were supposed to wreak havoc on the climate of Earth on an apocalyptic scale… did nothing to Earth’s climate.

Couple the new data with the previously unearthed “Climategate” emails, which exposed climate scientists’ manipulation of data and the peer review process, suppression of counter evidence, etc., and it might just spell s.c.a.m.

While we meander our way to the new “consensus” that man-made global warming hysteria is and was a fraud, I wonder if there exists some smart person out there with the capacity to quantify, with some exactitude, the extent to which our economy and the taxpayer has been plundered in the intemperate name of climate “science”.

Furthermore, I wonder if there might be some politician among us with a scrap of honor remaining, who would stand and demand the immediate repeal of every statute, act, regulation, ruling, and treaty foisted upon America that was made possible by this grand hoax.

I wonder if the mass media will retract every story and apologize for their frenzied manipulation of the people under this head. I wonder if the indoctrinal authority called “education” will reprint textbooks, or for that matter make any attempt whatever at reparations for their propagation of this myth.

Since “justice is the end of government”, as Madison said, I wonder if anyone will ever be held responsible for perpetrating such a massive swindle.

I wonder if there will be any ramifications at all that accompany the wholesale realization that climate change panic was always just that… panic, and a pushed panic, at that. Or will we quietly be led to the next manufactured crisis, for the sake of quietly being led?

The prescient words of George Carlin, from his 1992 thesis on the superciliousness of man in his quest for supremacy over nature:

The planet will shake us off like a bad case of fleas.

1 thought on “The Ramifications of the New Consensus: Man-Made Global Warming is a Fraud”