…If we would clothe this liberty in humble reverence to our Maker, who IS its source…

I’m sharing this with you all, with hopes that your families and yourselves, might find the blessings upon which to be grateful to our God, on this Thanksgiving Day.

This writing by our 1st President is intriguing, as it goes to the character, the perspective, the reverence, the very nature of this man, of these men, that founded our great nation.

President George Washington’s 1789 Thanksgiving Proclamation was penned at the request of Congress, who resolved that “he would recommend to the people of the United States a day of public thanksgiving and prayer to be observed by acknowledging, with grateful hearts, the many signal favors of Almighty God, especially by affording them an opportunity peaceably to establish a Constitution of government for their safety and happiness.”

Washington’s Thanksgiving Proclamation, which was to be published in papers nationwide, was enclosed in his Circular to the Governors of the States with the note: “I do myself the honor to enclose to your Excellency a Proclamation for a general Thanksgiving which I must request the favor of you to have published and made known in your State in the way and manner that shall be most agreeable to yourself.”

By the President of the United States of America. a Proclamation.

Whereas it is the duty of all Nations to acknowledge the providence of Almighty God, to obey his will, to be grateful for his benefits, and humbly to implore his protection and favor–and whereas both Houses of Congress have by their joint Committee requested me “to recommend to the People of the United States a day of public thanksgiving and prayer to be observed by acknowledging with grateful hearts the many signal favors of Almighty God especially by affording them an opportunity peaceably to establish a form of government for their safety and happiness.”

Now therefore I do recommend and assign Thursday the 26th day of November next to be devoted by the People of these States to the service of that great and glorious Being, who is the beneficent Author of all the good that was, that is, or that will be–That we may then all unite in rendering unto him our sincere and humble thanks–for his kind care and protection of the People of this Country previous to their becoming a Nation–for the signal and manifold mercies, and the favorable interpositions of his Providence which we experienced in the course and conclusion of the late war–for the great degree of tranquillity, union, and plenty, which we have since enjoyed–for the peaceable and rational manner, in which we have been enabled to establish constitutions of government for our safety and happiness, and particularly the national One now lately instituted–for the civil and religious liberty with which we are blessed; and the means we have of acquiring and diffusing useful knowledge; and in general for all the great and various favors which he hath been pleased to confer upon us.

and also that we may then unite in most humbly offering our prayers and supplications to the great Lord and Ruler of Nations and beseech him to pardon our national and other transgressions–to enable us all, whether in public or private stations, to perform our several and relative duties properly and punctually–to render our national government a blessing to all the people, by constantly being a Government of wise, just, and constitutional laws, discreetly and faithfully executed and obeyed–to protect and guide all Sovereigns and Nations (especially such as have shewn kindness onto us) and to bless them with good government, peace, and concord–To promote the knowledge and practice of true religion and virtue, and the encrease of science among them and us–and generally to grant unto all Mankind such a degree of temporal prosperity as he alone knows to be best.

Given under my hand at the City of New-York the third day of October in the year of our Lord 1789.

This transcription was found at The Papers of George Washington Site: http://gwpapers.virginia.edu/documents/thanksgiving/transcript.html

Brief Glossary from Webster’s 1828 Dictionary:
Given for a timely context of language used. Very interesting! Listed in the order found in the proclamation.

thanksgiving: n. The act of rendering thanks or expressing gratitude for favors or mercies.
“Every creature of God is good, and nothing to be refused, if received with thanksgiving.” 1 Tim.4.
1. A public celebration of divine goodness; also, a day set apart for religious services, specially to acknowledge the goodness of God, either in any remarkable deliverance from calamities or danger, or in the ordinary dispensation of his bounties. The practice of appointing an annual thanksgiving originated in New England.

benefit: 1. An act of kindness; a favor conferred.
Bless the Lord,O my soul, and forget not all his benefits. Ps.103.

implore: 1. To call upon or for,in supplication; to beseech; to pray earnestly; to petition with urgency; to entreat; as, to implore the forgiveness of sins; to implore mercy.

happiness: The agreeable sensations which spring from the enjoyment of good; that state of a being in which his desires are gratified, by the enjoyment of pleasure without pain; felicity; but happiness usually expresses less than felicity, and felicity less than bliss. Happiness is comparative. To a person distressed with pain, relief from that pain affords happiness; in other cases we give the name happiness to positive pleasure or an excitement of agreeable sensations. Happiness therefore admits of indefinite degrees of increase in enjoyment, or gratification of desires. Perfect happiness, or pleasure unalloyed with pain, is not attainable in this life.
2. Good luck; good fortune.

beneficent: Doing good; performing acts of kindness and charity. It differs from benign (kind), as the act from the disposition; beneficence being benignity or kindness exerted in action.

signal: Eminent; remarkable; memorable; distinguished from what is ordinary; as a signal exploit; a signal service; a signal ace of benevolence. It is generally but not always used in a good sense.

manifold: [many and fold.] Of divers kinds; many in number; numerous; multiplied. O Lord, how manifold are thy works! Ps.104. I know your manifold transgressions. Amos.5.
1. Exhibited or appearing at divers times or in various ways; applied to words in the singular number; as the manifold wisdom of God, or his manifold grace. Eph.3. 1 Pet.4.

supplication: 1. Entreaty; humble and earnest prayer in worship. In all our supplications to the Father of mercies, let us remember a world lying in ignorance and wickedness.

transgression: The act of passing over or beyond any law or rule of moral duty; the violation of a law or known principle of rectitude; breach of command.

temporal: 1. Pertaining to this life or this world or the body only; secular; as temporal concerns; temporal affairs. In this sense, it is opposed to spiritual. Let not temporal affairs or employments divert the mind from spiritual concerns, which are far more important. In this sense also it is opposed to ecclesiastical; as temporal power, that is, secular, civil or political power; temporal courts, those which take cognizance of civil suits. Temporal jurisdiction is that which regards civil and political affairs.
2. Measured or limited by time, or by this life or this state of things; having limited existence; opposed to eternal.
The things which are seen are temporal, but the things which are not seen are eternal. 2 Cor.4. 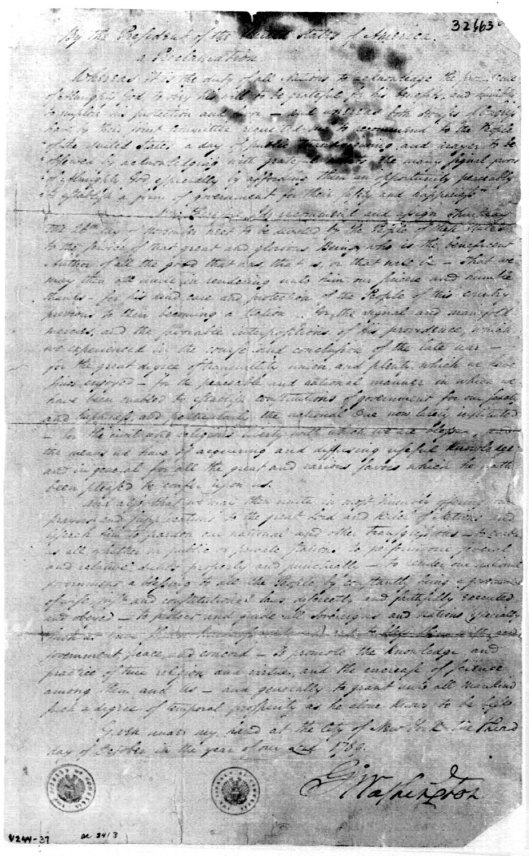